It’s long been said that breakfast is the most important meal of the day. But a recent diet strategy known as intermittent fasting has been challenging that idea. Instead of counting calories or carbs, or cutting anything out, the diet focuses on when you eat. And, for a lot of people, it involves skipping breakfast.

The most popular types of intermittent fasting are time-restricted eating, which involves constraining eating to within a certain time window, and alternate-day fasting, which alternates a whatever-you-want-to-eat day and either a day with a single 500-calorie meal or no calories at all. No matter which way you swing it, these strategies all seem to have benefits ranging from weight loss to improved sleep and mental clarity to better cardiovascular health and more.

As it turns out, the evidence for the benefits of intermittent fasting is starting to outweigh the evidence in favor of breakfast. When it comes to weight loss, breakfast might well be important — important to skip, that is.

Krista Varady, a professor of nutrition at the University of Illinois, Chicago, says the belief in the importance of breakfast started with a number of studies done a few decades ago. Most of these looked at children, and how breakfast impacted their school performance. They indicated that a good breakfast helped kids at school — so keep feeding your children in the morning. But that’s not what we’re here for.

(By the way, Varady says most of these studies were sponsored by Kellogg. You know, like the breakfast cereal.)

Researchers would eventually get around to studying adults. And if you look at the plethora of observational studies on adults, health and breakfast, it seems that, yes, breakfast eaters are healthier. But that’s not the whole story.

“If you look into the data, you’ll actually see that people that skip breakfast also have really unhealthy lifestyles,” explains Varady. They’re more likely to eat poorly overall, to smoke and drink, to be less physically active, and so on. The additional factors could be confounding the results and making breakfast seem healthier. 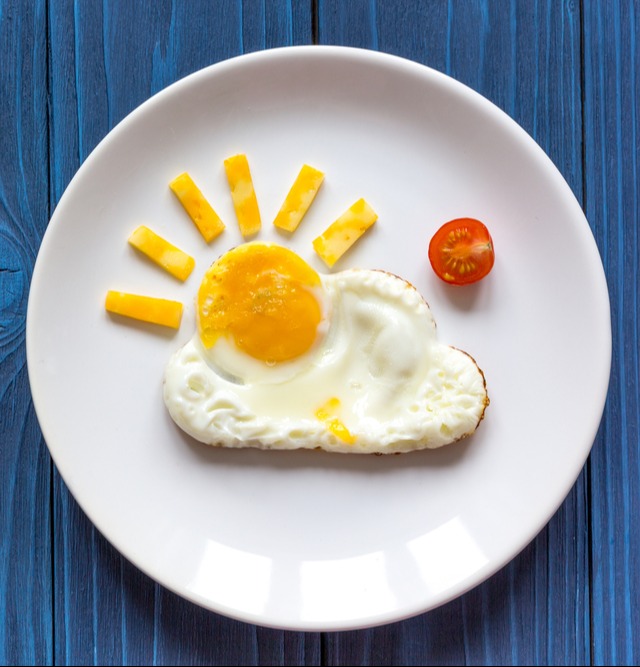 When researchers have done clinical trials — that is, doing a breakfast experiment, instead of asking a bunch of people about their existing breakfast habits — they haven’t seen weight loss from eating a morning meal.

For instance, a 2014 clinical trial in the American Journal of Clinical Nutrition told 300 people to either eat breakfast or not eat breakfast. The majority followed the directions — but there was no effect on weight loss.

This came just a year after a paper in the same journal found that even researchers had been assuming that eating breakfast causes weight loss — but without any real evidence. When actually looking at the studies that have been done on the matter, the researchers couldn’t find any that showed breakfast is causing weight loss. And there were lots of problems with the pro-breakfast studies.

A common argument in favor of breakfast is that it “jump-starts your metabolism” — whatever that means. And if you skip breakfast, your body goes into “starvation mode,” and holds on tight to the calories you give it later because it’s expecting some sort of famine.

But it’s simply not the case. Even in Varady’s work looking at alternate-day fasting, one of the more extreme fasting diets, she’s found that not eating doesn’t greatly affect your metabolism.

“It doesn’t mess up your metabolism, that’s just not true,” explains Varady. “Basically, it lowers your metabolic rate as much as a calorie restriction diet would, so by about 100 calories. But that’s all just from weight loss. If you lose weight, your metabolism goes down naturally. We’re not putting people into starvation mode.”

Any Hope for Breakfast?

For those who can’t let go of their morning meal, there is one piece of evidence in favor of breakfast. Some clinical trials indicate that eating more of your calories earlier, rather than later, is best. A 2013 study in Obesity tested two calorically identical diets in overweight women, where one group ate more calories at breakfast, while the other ate more at dinner. The breakfast-heavy group fared better. But given the experimental design, the researchers couldn’t tell if it was the big breakfasts or lighter dinners that actually made the difference.

Sorry, breakfast, you might just be the least important meal of the day.

Previous Post 5 Unbelievable Outside Adventures to Conquer This Summer season

Next Post Traders Who Purchased BroadVision (NASDAQ:BVSN) Shares A 12 months In the past Are Now Up 157%